We own and operate popular bars and restaurants in and around South Wales. These venues are Daffodil, Blue Bell, The Philharmonic, Brewhouse and Retro.

Let’s get back to the Croeso tour!

Start off in Daffodil with an early brunch and a glass or two of something delicious.

Working lunch? It’s got to be in our Windsor room. Delightful setting overlooking the Georgian terrace of Windsor Place, fully equipped with your audio visual requirements, also ideal for private gatherings for rugby, football, and other sports events.

Executive Chef, Jamie Newman, and his team have created a superb menu ranging from delightful grazing plates to mighty Welsh-reared fillet steaks and everything wonderful in between!

As an aperitif we recommend a chilled glass of Zenza Liano, and to accompany your steak, a full-bodied red Spatbagunder.

Daffodil is a big hit with local businesses, as well as shoppers and theatre goers, and if you enjoy a bit of sunbathing as you enjoy your refreshments, we have an absolute gem of a garden for you to kick back in, an unexpected oasis of peace in our bustling city centre.

Moving west towards the castle, next it’s Blue Bell, a stone’s throw from the portcullis gate!

One of the oldest pubs in the city (it’s been there since 1813) Blue Bell is a good, old-fashioned pub with all the best virtues of great food, fine ales and traditional wines & spirits (with some great, Welsh twists) all presented by our fantastic, welcoming team.

Popular with town ‘regulars’ as well as visitors and tourists Blue Bell is ideally located close to Cardiff’s wonderful, and award-winning, Arcades. Then on match days it’s one of the most sought-after pubs to get into to enjoy the world-famous Cardiff rugby atmosphere.

For a little pub we punch well above our weight on the cask ale front, boasting 4 hand-pulled ales all of which are from Welsh brewers. Not that we’re afraid of moving with the times though, we also serve some of the leading craft beers alongside the brands you’d expect in a ‘proper boozer’!

With all of this goes a terrific (if we say so ourselves!) pub menu with traditional favourites such as Fish & Chips and Pie & Mash, with the pies coming from Cardiff’s favourite – Victoria Park Pie Company. 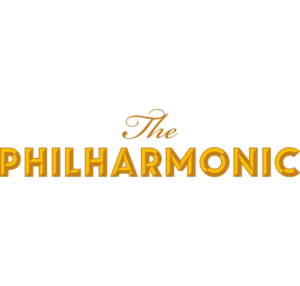 Next, we move up St Mary Street to The Philharmonic, affectionately known to all in South Wales (and further, much further afield) as ‘The Philly’.

Having gone through the hay days of the 70s, 80s and 90s The Philly was rather left to fall into decline. Croeso Pubs’ decision to invest in and resurrect this giant of Cardiff night life represented a huge statement on behalf of Directors Craig Davies & Simon Little not only in the venue itself, but in their ability and confidence to return The Philly to glory days, and goodness, have we had those!

In truth, every Friday & Saturday in The Philly is an epic tour de force, but then when Cardiff lights up for Major Events such as concerts and rugby matches, we reach an altogether higher tempo. 4 bars serving 5 distinct spaces The Philly often has more going on than some small towns!

Philly food, starting with Bottomless Brunches and backed up by a great selection of Tapas, goes on all day and we enjoy serving it as much as customers love eating it. We are confident that our drinks range – from beers to wines, from cocktails to shots – is second to none. Having the range of drinks is one thing, but what we pride ourselves on in The Philly is having the team to serve them perfectly……every time.

We couldn’t leave The Philly without talking about Club 360, our basement bar and night club. It’s the beating heart of The Philly, and when it gets going (as it does every Friday & Saturday) it can be measured on the Richter scale!

Now we cross over the road to the mighty BREWHOUSE. If you like your live music, then you’ll LOVE BREWHOUSE. BH as we like to call it is really a gift that keeps on giving!

Up to 5 different acts every Friday & Saturday from the best locally based cover artists. From Nick Pendry and Tony Morley to James Harris and his Jammie Dodgers, we have regulars who tell us they’d rather watch our guys than go to a ‘real’ gig! The BH stage is in the room we call BREWHAHA because there’s always so much going on!

BH is in the Brewery Quarter and has more than done its bit to make it a ‘world famous on YouTube’ destination (just take a look at ‘Irish fans take over Cardiff 2015’ on YouTube). Famous with sports fans and showing live sports from around the world, BH has hosted rugby, football and cricket fans as well as the darts and snooker fans who come to the city every year for tournaments in MotorPoint.

All this live music in BH will make you thirsty and hungry and we have everything you need to sustain you through the days and nights spent in Cardiff’s leading live music venue (If we had to pick one thing off the BH food menu, it would definitely be the homemade Pizza, absolutely the bee’s knees!)

PS If you think we’re all done in BH when the live music has stopped, think again! The party goes on ‘til the small hours hosted by our resident (legend) DJ, Sean Jay, or ‘Mr Continuity’ as we like to call him!

Next stop on the ‘tour de Croeso’ is Retro Lounge in Mill Lane where, so they say, the bar staff are properly nocturnal!

During the summer months however the team like to scrub up and put their best face on for the Mill Lane terrace where customers can enjoy a drink or two and watch the great and the good (and the not so!) go by

Party Central is how we fondly think of retro. For Birthdays, Hen Parties, or any celebration retro Lounge is the destination venue in the city Spaced over 3 floors with the dance floor in the hub of it all on ground floor retro really gets the party started and goes on until the early hours.

We really recommend the retro package deals, a great way to enjoy your night out with friends, and our bookings team are always on hand for your reservations and enquiries.

Have any questions or queries please do not hesitate to contact us. 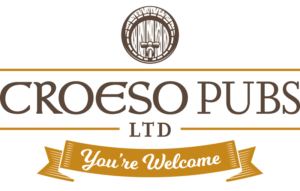